A long article, but full of tasty goodness, Libbie talks about the old days when you could walk into a bookstore and see the Penguin Books all lined up on a shelf and how people would also shop by brand, and not just by author/title/blurb/cover.  (side note, Libbie Hawker hates the word “blurb,” which she talks about in yesterday’s podcast — hah).

Quick taste of the article:

Torrey House Press has the branding-and-curation gig down to an art and a science. Their focus is narrow – that’s smart. They publish fiction and narrative nonfiction that focuses on the land and culture of the Rocky Mountain West, as well as some general, ecology-themed books that aren’t necessarily set in the Rockies.

Torrey House Press has figured out how to identify and zero in on a niche. They have studied their readers – not the book stores they distribute to – and have figured out what those readers want. They provide more of the same, and they’re defensive of their curated brand – they don’t dilute it by throwing in some Kim Kardashian books or OJ pseudo-confessionals, even though those books might sell a lot of copies. They have figured out the ONE thing they’re doing, and they’re committed to doing that ONE thing, and doing it well.

Re-post: If you want to have “the time of your life” watch Dirty Dancing… Also avoid becoming a writer

via If you want to have “the time of your life” watch Dirty Dancing… Also avoid becoming a writer. 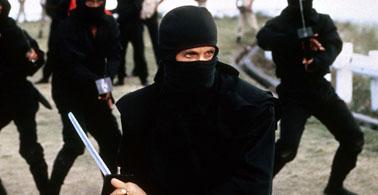 I was walking through the parking garage outside Barnes & Noble, straight from six hours spent signing e-readers for my new eBook, “Kick,” when, out of nowhere, three dark figures somersaulted from the shadows, surrounding me.

As one, they drew their swords.

“That’s right, scribbler, we are Ninjas,” the head ninja said.

I could tell he was the leader because his outfit looked the coolest, and his mask had an uppercase “B” on it.  After the stunning success of my five-day free promo at Amazon.com, through their KDP Select program, Big Publishing had sent these dark assassins to teach me a lesson.

The head ninja’s eyes widened in sudden terror and, faster than a speeding Facebook Meme, his sword slashed upward, slicing the ‘B’ in two (twain?), embedding the sword four inches into his skull.

“Master!” one of the other two ninjas shouted, looking between his fallen master and me. “Noooo!”

“Why did you ask him that?” the one on the right shouted. “He is allergic to bees!”

“He’s dead, how can you say that?” the other one said.

I smiled and said, “He’s not allergic anymore.”

Then they started walking away.

“Hey, there’s still two of you, what gives?” I called after them.

“He was our ride, asshole,” one of them said. “Now we gotta take the bus…”

I’ve signed up with Bookblast for a .99 cents sale of Kick, this Friday.  The sale ends Sunday.

The purpose isn’t to make money, but rather to get the book into the hands of people who will read it and spread the word.

My readers are my marketing department.