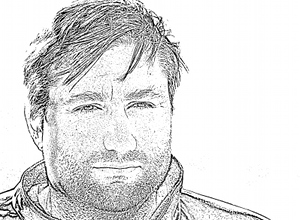 People bug me all the time for advice, information, or just to see what I’m up to. I don’t normally give interviews (for security reasons), and so the world has been robbed of a lot of my insight. When I wrote Kick, for the first time ever my ideas were made available to the masses. But could I have done more?

Recently I agreed to do an interview, but stipulated that it only be published here, on my blog, and that the interviewer receive zero monetary benefit or notoriety. I didn’t want them tainting the purity of the interview process. To their credit, they agreed.

Questions:
Q: John L. Monk, where do you get your ideas?
JLM: sometimes they come to me in dreams. Sometimes I get my ideas from the many facets of a single snowflake, descending to the Earth like a crystallized platter, as if thrown from the Heavens by an ancient dark god…

Q: I’ve heard you’re pretty popular with the ladies, can you expand upon that?
JLM: there was a time when I was pretty popular with “the fillies” as we used to call them at the gym, where I used to lift weights. At the time, I never noticed that the other guys looked up to me and wanted to know my “secret.” When I finally realized they were serious, I told them what I’m about to tell you: when a guy goes out on the town with a woman, it’s important to correct her grammar, and to do it in public. Sure, they’ll act all angry because you’ve “embarrassed” them. But in time they’ll come to realize the value of your help and seek you out for other tips. After that, well, you know. (chuckling)

Q: Since you brought it up: how much do you bench press?
JLM: I’m not one to brag, but the short answer is nobody knows. The little gym I used to train at, years ago, couldn’t afford more than about 600 pounds of steel (as we called it). When I realized the gym had nothing left to offer me, I took my muscles elsewhere. I wonder whatever happened to that place…

Q: Rumor has it that you’re a bit of a gourmet chef. What’s your favorite dish?
JLM: you’re going to find this fascinating, but the truth is I’ve moved on from normal cuisines. A few years ago I was shopping for steak and something came over me and I knew I could never eat another farm-raised animal again. It isn’t fair to the animal, nor to my self-respect. These days, I track my game in the wild and render them unto me with my bare hands. Then I consume the gentle beast there in the field, under the sky, the way Zeus intended.

Q: John, is it true you were once in a knife fight?
JLM: I’m impressed, I thought my publicist had gotten that story buried. Rather than let the media rehash and twist the story for ratings, I’d like to set the record straight:
Years ago, I was reading poetry aloud for a crowd of beer swilling lumberjacks in Canada. During my performance, one of them began harassing a local Kootenay Indian girl. I asked in her language if she was all right, and when she answered I saw red: she wasn’t all right. After correcting her grammar, I told the harasser to leave her alone. Six of his “friends” surrounded me, and each of them pulled out lumberjack axes. You see? Axes–not “knives.” If it was just knives, I would have left them merely unconscious. The worst part was these axes were dipped in some kind of translucent liquid (venom). Rather than let them run around with venomous axes threatening Indians, I decided to make an example of them. Those lumberjacks will never “harass” a woman again, let’s just put it that way.

Q: Where did you develop your powerful way with words?
JLM: (chuckling again) You get right to the point, don’t you? Still, I understand your curiosity. What I do is frame the need in my mind. For example, suppose I need to write a sentence describing a tree. If so, I think “come up with a good sentence about a tree….come on, you can do it…” Then I find a book I admire, look for a sentence about trees, mix the words up a little to fit the context, and voila, I got myself an awesome sentence.

Q: But isn’t that plagiarism?
JLM: Not if you mix the words up a little and add one or two of your own it isn’t. For example: if the original sentence says “trees are big” you put the word “very” in front of “big” and you’ve created something new. People do it every day, but I don’t see you accusing them of stuff.

Q: Uh, sure, uh…what’s your favorite color?
JLM: As an alpha male, I tend to wear red clothing for various primal/shamanistic reasons. My doctor told me after a blood test that I had abnormally high levels of testosterone. I suspect my fondness for red is connected to a little thing called “science.” Try to keep up, huh?

Q: If you could rule the world for a day, what would your first order be?
JLM: Are you offering the job? (chuckling) But seriously, what I’d do is order all the space agencies around the world to develop a way to send the less fortunate people on Earth to Mars (after terraforming, of course). It’s a shame they’ve been ignored for so long. What’s the point of all this technology if we can’t send the poor to space?

Q: If you died and came back to life, like in your wonderful book Kick, what kind of person would you come back as?
JLM: Here’s a surprise–I wouldn’t come back as a person at all. I’d rather come back as a venomous panther, living in the rain forest, and I’d bite anyone who tried to mess with me. We done?