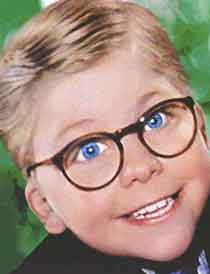 Woot, I broke through my 7k resistance barrier. I’ll go back and remove that 1000 word string of “…very very very…” later when I start my rewrites. For now, I’m just happy to have what continental philosophers call a gasundheit moment.

And would you look at me with the fancy philosophy stuff? I say a lot of clever things like that, and the world is a better place for it.

Just the other day I was shopping for red meat and whiskey when a man stormed in with a gun and demanded everyone hand over the cash. Know what happened next? He took one look at me, with my red meat in one hand and whiskey in the other, and said, “John L. Monk…oh my gosh, I’m sorry…if I’d have known you’d be shopping here I wouldn’t have…”

I just stared at him, not saying anything.

I kept staring, still not saying anything, but I did give the red meat and whiskey a slight twitch.

“Aaaaaaaahhhghhhhh!” the man screamed and dropped the shotgun.

The shotgun went off. The slug went flying toward a set of Siamese orphans, but I jumped in the way and deflected it using a kung fu move I’d seen in a movie one time. The bullet’s trajectory adjusted such that it split the orphans in half, freeing them instantly. And because I’d added a little extra English to it, the slug’s rotation cauterized the wound.

Two childless couples standing nearby adopted the lucky kids on the spot.

Everyone crowded around me and asked for a speech but I didn’t say anything.

Why? Because sometimes the cleverest thing you can do is say nothing at all. I think we’ve all learned something today, now haven’t we?